GIC – Game Industry Conference was held between 21st and 23rd October 2016 along with PGA – Poznań Game Arena. Whole conference was placed in MTP – Międzynarodowe Targi Poznańskie on several halls along the whole complex. It was stunning experience from the gamer’s as well as developer’s point of view. Developers counting in hundreds and gamers in tens of thousands – what could’ve been better?

The first day started for me with PGA VIP day, since every developer with Developer Pass had early access to the PGA halls. Thanks to that, I could visit every interesting place without pushing through the crowd. Firstly I went through publisher halls to see exhibitions of Techland (Shadow Warrior 2), Microsoft (Forza Horizon 3) and many others. 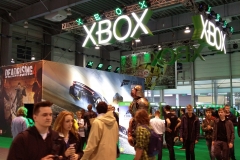 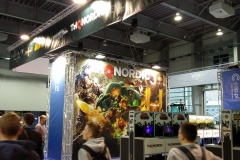 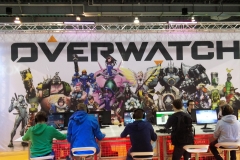 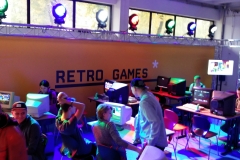 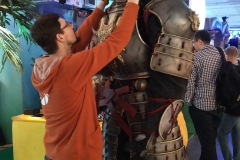 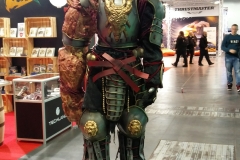 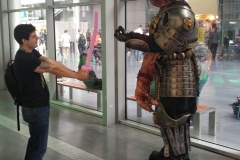 A magnificent game made by Flying Wild Hog from Warsaw. Full of action, explicit humor with beautiful graphics and great gameplay. Aside from really impressive stands and enormous Toro wandering around, publisher had crazy idea – pink balloons in a shape of… erm… “Wang”. So the #wangfestpga began. People running around with those, fighting with Toro (including myself) – pure madness!

Then, I’ve played a bit with Forza Horizon 3. I do not own Xbox One yet, but surely this would be one of the first games to buy. Tremendous graphics, great driving mechanics, fast cars, great feeling of speed and really big area covered with events to play. One of the best driving games of the year!

Next off, the great Indie Developers Zone, where they showed off their new productions. Developers from Kraków: Two Mammoths, Awesome Games Studio, iFun4all and Bloober Team were my first to visit.

Archaica : The Path Of Light 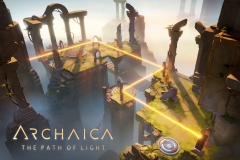 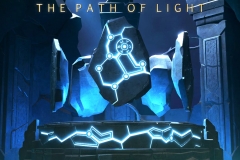 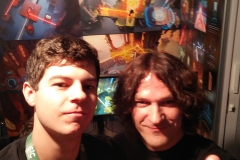 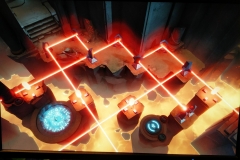 Based on the mechanics of Laser Light in really mystical environment, a beautiful journey of puzzles made on in-house engine by two brothers from Kraków. It’s full of great mechanics and mind-teasers. From what I’ve heard, it’s coming up in early 2017. Can’t wait to see it released! 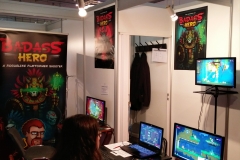 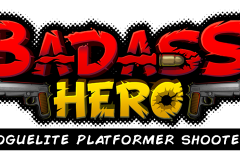 A rougelite platform shooter made by Awesome Games Studio. Procedurally generated levels, comic book feel and “simple to play, hard to master” mechanics are their keys to success. Be sure to check it out too – it is going to be a very addictive game! 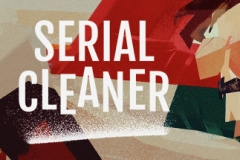 Game made by my previous employer, iFun4all. A bit similar to Party Hard, with magnificent style referring to 70’s, puzzle-arcade game. You’re playing a cleaner-for-hire to mop up crime scenes before police analyses the crime scene. You’re wrapping up bodies, cleaning up the floor, etc. whilst hiding from police. Great game – I sincerely recommend it! What is more – game won a Best Game Video of PGA 2016. Congratulations! 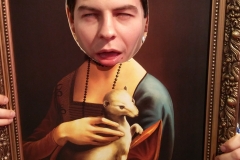 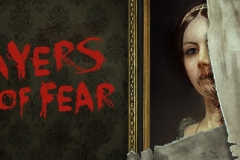 Game made by Bloober Team, somewhat similar to horror walking simulator like P.T. telling the story of twisted painter. Great, dense atmosphere that keeps you at the edge of the seat till credits. A really great horror experience!

Then, I moved a bit west to look at games made by Artifex Mundi (Bladebound), Anshar Studios (Detached) from Katowice and Monster Couch (Die For Valhalla) from Poznań.

Mobile Hack’n’Slash RPG from Artifex Mundi – a real beaute & brute at the same time. Don’t get distracted with really appealing graphics, some parts of this magical world are really hardcore. Gameplay is really fun and intuitive. Also – game is free to play, so it won’t hurt to just try it. Warning – it makes you sink into for hours!

A true original from Anshar Studios – Player vs. Player VR experience in space. Game focused on survival in remote space station. At first it’s a bit unsettling but it gets better and better with every minute. If you’re planning to buy VR gear, it’s a must-have!

If you’re old-school gamer, who remembers Golden Axe or you’re a bit younger but you’re into games like Castle Crashers or Alien Hominid – Die For Valhalla is the one and only for you! Don’t get fooled by comic-style outlook – this game is bloody, can be hard but most of all – it’s really fun to play! Two thumbs up!

After playing around a bit, I went through other halls revolving E-Sport – CS:GO, Tekken and LoL were the most promoted ones. Also, around it there’s the whole sponsorship industry, hardware (AlienWare, Razer, SteelSeries), streaming services (the great Twitch hall) and other brands that benefit from game industry. Last but not least – nerd gadgets and other merchandise – there’s no doubt in people’s drive to express what kind of games, comic books and movies are their favorite. Where’s demand for that, there are people willing to make profit. T-shirts, hats, mugs, jewelery, toys, figures – every soul’s desire!

After walking around among halls, first lectures were coming up, so I went to GIC hall to take my badge and educative part began. 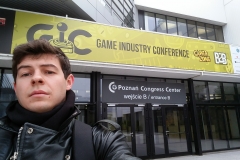 Progress of Japanese Game Industry over my career with Takashi Tokita

The man behind Chrono Trigger and early instances of Final Fantasy series talked about his amazing career and how industry changed in Japan over 30 years. He told about his inspirations and what are his latest projects. He also pointed out that today is much harder to be original and to be seen in much larger game market than ever before. Even if he’s the creator of big AAA titles, he expressed his favor of independent developers whose productions can introduce great new ideas and they’re not afraid to take a risk.

After lectures, I visited my friends at business stands from Huuuge Games and Sperasoft among others. The first day was coming to an end with Huuuge Games Developer Party, where people could refresh old contacts and make new ones by the pint of beer and ton of laughs. Some party it was, indeed! Luckily, karaoke videos have been deleted ;P 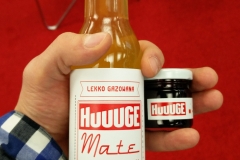 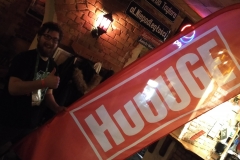 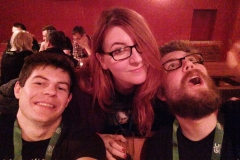 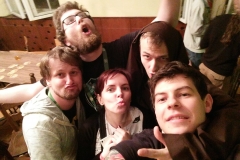 Next part describing second and third day of events is available here.